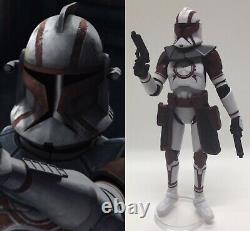 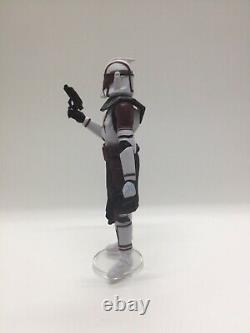 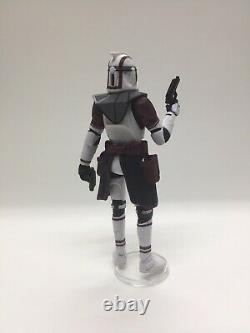 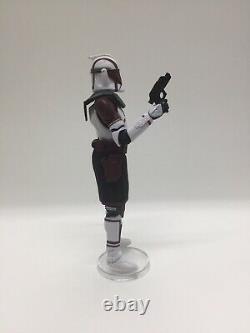 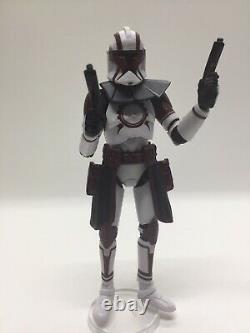 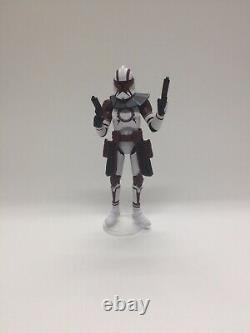 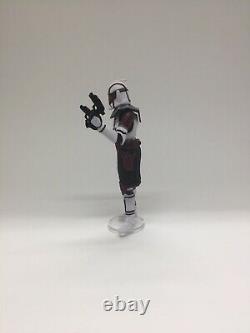 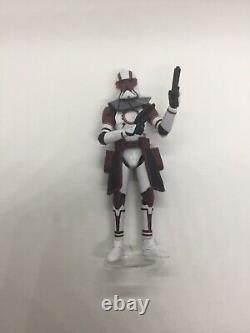 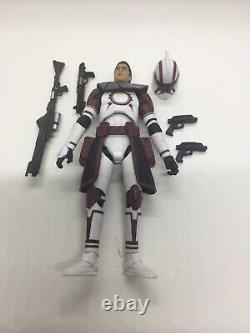 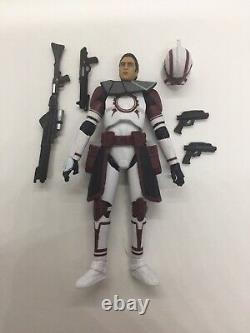 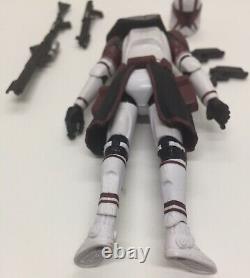 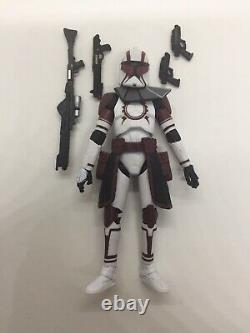 This figure is custom made to be as screen accurate as possible. It is durable but best recommended for adult use and display. CC-3714, nicknamed "Fil, " was a veteran clone trooper commander in the Grand Army of the Republic who was assigned to recently promoted Jedi Knight Nahdar Vebb during the Clone Wars.

In 22 BBY, he led a squad of clone troopers on a mission to the third moon of Vassek, in the Outer Rim Territories. Accompanied by Vebb and Jedi Master Kit Fisto, the group searched for Trade Federation Viceroy Nute Gunray, who had been recently freed from Republic captivity. Unbeknownst to the group, Gunray, along with Confederate Head of State Count Dooku, had laid a trap for the Jedi, using a homing beacon to deceive the Jedi and make them believe that Gunray was hiding in a castle on the moon. After the group realized that they had fallen for a trap, the Confederate General Grievous arrived at the castle, which was in fact his personal retreat. The Jedi and clone troopers tried to capture Grievous, but after a short brawl with the Republic squad, the cyborg general fled to the stronghold's secret command center.

After Grievous opened a molten incinerator pit trap, which was under Fil and the Jedi, the cyborg general released his pet roggwart, Gor, to attack them. Fil was caught by the beast, which used its tail to grab the commander. The Jedi tried to free him, but Fil was killed when Gor slammed the clone on the ground.

Vebb was later murdered at the hands of Grievous, leaving Fisto as the only survivor of the mission. The item "Star Wars Custom Clone Wars Commander Fil Figure Lair Of Grievous TVC" is in sale since Sunday, March 14, 2021. This item is in the category "Toys & Hobbies\Action Figures\TV, Movie & Video Games".