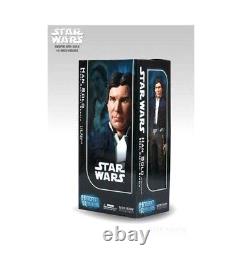 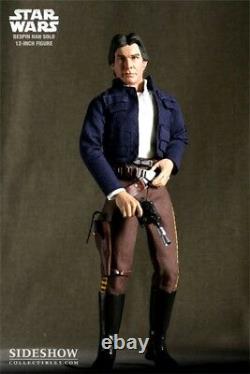 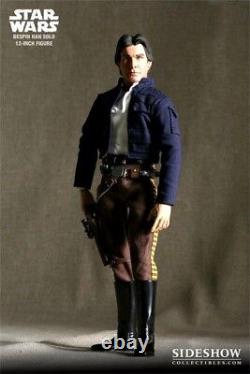 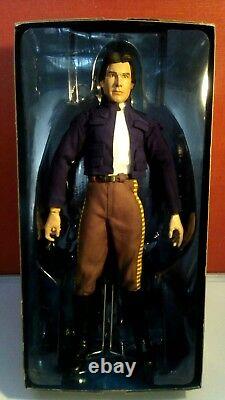 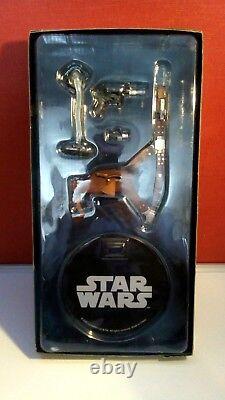 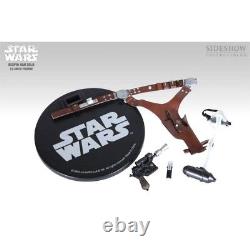 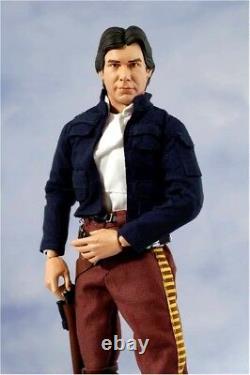 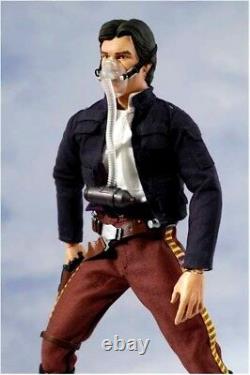 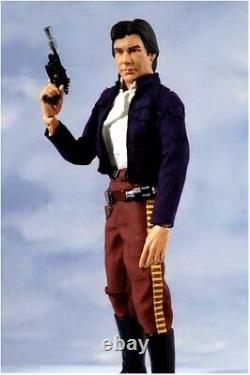 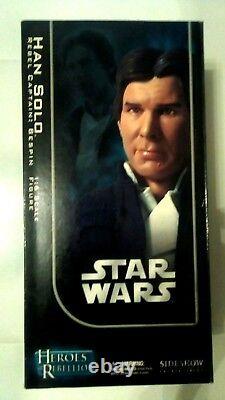 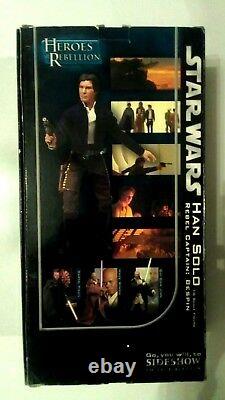 You like me because I'm a scoundrel. There aren't enough scoundrels in your life. Han Solo, captain of the Millennium Falcon, was one of the great leaders of the Rebel Alliance. He and his co-pilot Chewbacca came to believe in the cause of galactic freedom, joining Luke Skywalker and Princess Leia Organa in the fight against the Empire.

Sideshow Collectibles is proud to present Heroes of the Rebellion Han Solo - Bespin 1:6 Figure. Han Solo is a man with two lives- his past, as a rogue and a scoundrel, and his present, a man with a reason to live and fight, beyond his own selfish needs. In seeking refuge on Cloud City, Solo risks everything on the character of his former associate, Lando Calrissian, the facility's dashing Baron Administrator.

In Lando, Princess Leia sees much of the man Han Solo used to be, but the degree to which he has changed and the truth of her own love for him only becomes clear to the Princess when Calrissian betrays them all to Lord Vader. Prisoners of the Empire, and standing at the edge of the pit into which Han Solo will be lowered and likely die, an understanding passes between Leia and Solo- a promise for the future, and a reason to stay alive. The figure is limited edition only 2000 ever made and is an authentic likeness of Han Solo (Harrison Ford) as seen in the classic Cloud City sequence from The Empire Strikes Back. The figure and accessories are in excellent/new condition. The box has some wear, but is okay (please see photographs). The Bespin Han Solo Sixth Scale Figure features. Authentic likeness of Harrison Ford as Han Solo from Episode V: The Empire Strikes Back. Fully articulated male body with 30+ points of articulation. Pants w/ yellow Corellian Blood stripe. Detailed gun belt w/ pouch, boxes, and working blaster holster. 12-Inch Figure Display Base with Star Wars logo. Limited Edition (only 2000 made).

This item is in the category "Toys & Games\Action Figures & Accessories\Action Figures". The seller is "aund1210" and is located in this country: GB. This item can be shipped to all countries in Europe, United States, Japan, Canada, Australia.