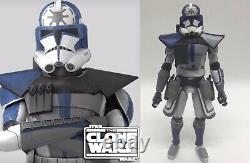 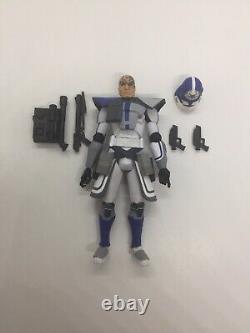 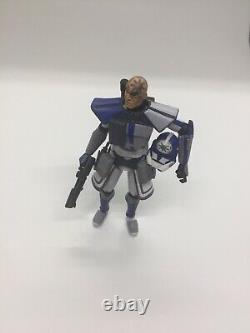 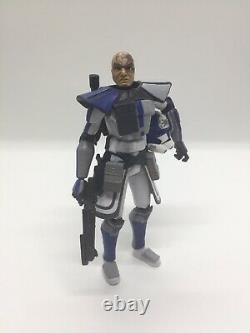 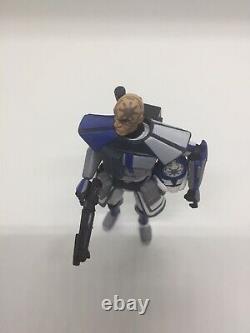 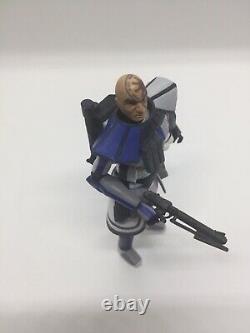 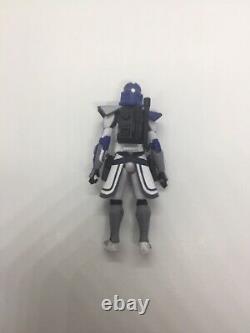 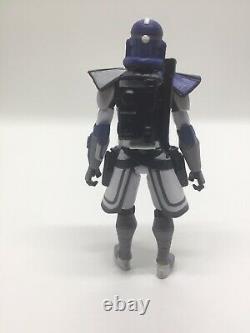 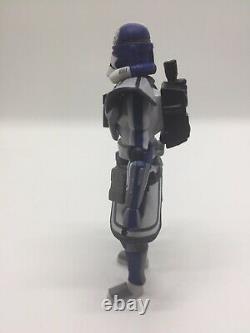 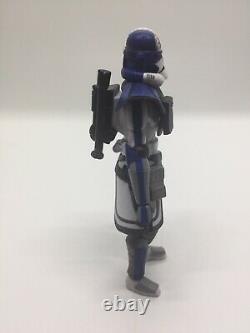 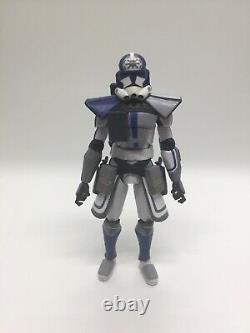 This figure is custom made to be as screen accurate as possible. It is durable but best recommended for adult use and display. Features a smooth fit, flexible rubber helmet! Still got your sense of humor, I see.

CT-5597 , nicknamed " Jesse , " was an Advanced Recon Commando clone trooper who served in the Grand Army of the Republic during the Clone Wars. A soldier of the 501st Legion, Jesse served under Jedi General Anakin Skywalker and Clone Captain CT-7567 "Rex" while fighting the Separatist Droid Army from the Battle of Mimban to the Battle of Anaxes. During his service, he was promoted to the rank of Clone Lieutenant in the final days of the galaxy-wide conflict.

Bred from the genetic template of Jango Fett, a human bounty hunter, Jesse was a hard-fighting patriot who proudly wore the crest of the Galactic Republic on his helmet and on his face as a tattoo. He served in early battles of the Clone Wars, including the Battle of Mimban and the Battle of Saleucami. He was elevated to the status of ARC trooper by the time of the Battle of Anaxes; following the Battle of Yerbana, Jesse joined a detachment of the 501st Legion that had been sent to Mandalore to overthrow the former Sith apprentice Maul. After the execution of Order 66, however, Jesse became completely loyal to the Sith Lord Darth Sidious as a result of his programming. He attempted to execute Ahsoka Tano, a former Jedi Padawan, and accused Clone Commander Rex of treason for defending her after he had his inhibitor chip removed.

Jesse ultimately failed to kill either of them and died alongside his troops when their Venator -class Star Destroyer crashed on a moon while en route to Coruscant. The bodies of Jesse and the other clones were buried at the crash site by Tano and Rex, their helmets serving as their grave markers.