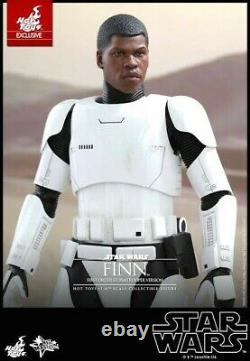 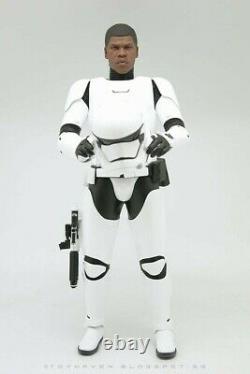 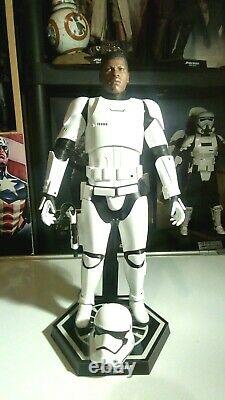 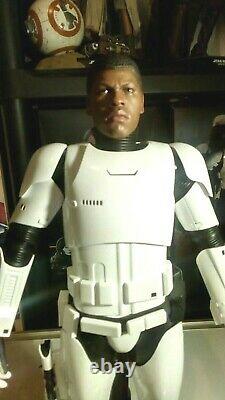 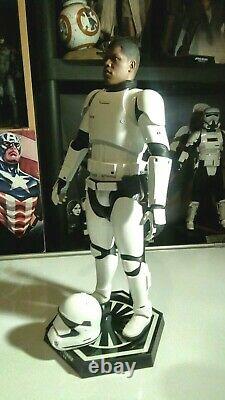 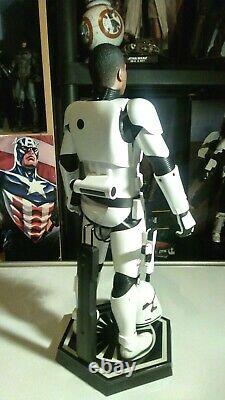 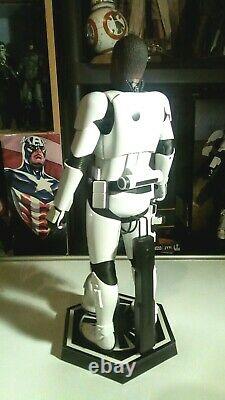 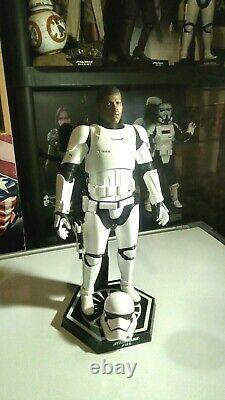 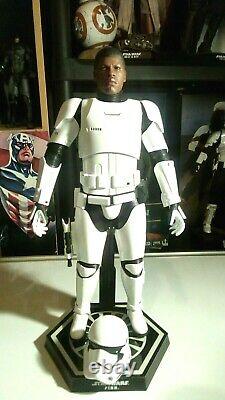 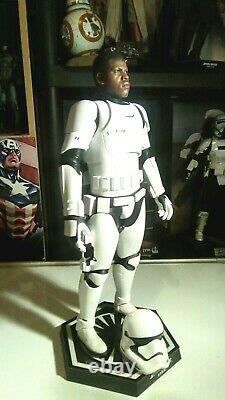 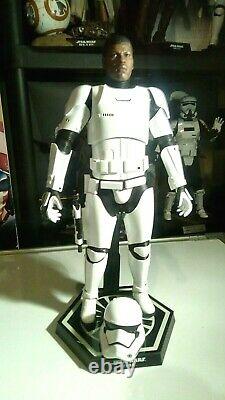 I was raised to do one thing, but I've got nothing to fight for. Trained since birth to serve the First Order as a Stormtrooper, FN-2187 was deeply affected by the death of his squad mate and the innocent villagers during the attack of Tuanul on the desert planet Jakku. The skirmish has awakened his conscience and drove him down a different path, one that proved both heroic and dangerous and picking up a new name - Finn. This is a Hot Toys (Custom) 1/6th scale Finn (First Order Stormtrooper) figure. Originally a limited edition figure (only selected markets), the figure is made up of parts from Hot Toys MMS367, MMS333 featuring Jakku Exclusive body and sweat feature on head-sculpt.

The highly-accurate collectible figure is specially crafted based on the image of John Boyega in the film featuring a newly painted head sculpt, a sleek First Order Stormtrooper armor and helmet, blaster pistol, and a hexagonal figure stand with the First Order's emblem. What you see is what you will receive, no box, but will be packaged very well.

This is a superb, highly detailed figure which would grace any collection. May the Force be with you! The 1/6th scale Finn (First Order Stormtrooper Version) Collectible Figure specially features. Authentic and detailed likeness of John Boyega as Finn (FN-2187) in Star Wars: The Force Awakens. Newly painted head sculpt with highly-accurate facial expression and sweat feature, outstanding hair sculpt. Approximately 29.5 cm tall. Body with over 30 points of articulations. One (1) pair of hands for holding blaster. Each piece of head sculpt is specially hand-painted. One (1) First Order Stormtrooper helmet.

One (1) First Order Stormtrooper armor. One (1) belt with pouches.