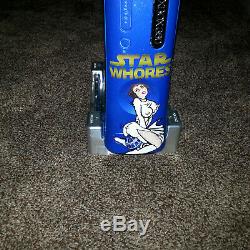 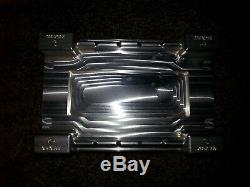 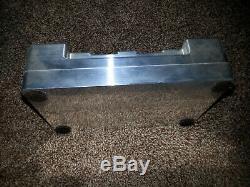 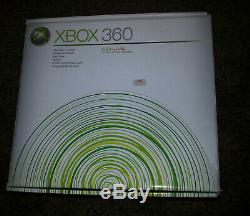 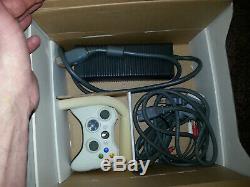 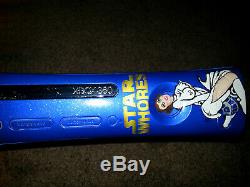 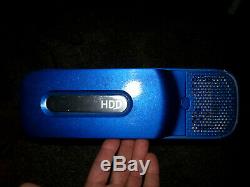 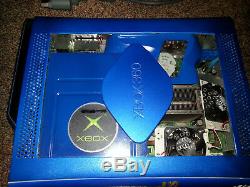 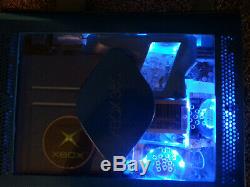 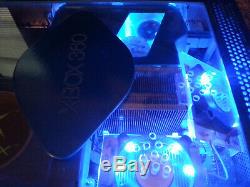 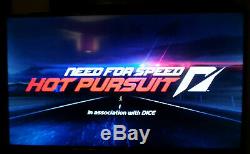 Bought this 360 when they first came out. Drove it for awhile then got the RROD.

Parked it for a couple years. Then did an xband modd so you can access the heatsinks with out pulling the bottom of the metal enclosure. Redid both heat sinks with artic ice. Replaced factory fans and added XCM cooling fans. Cut the top and put a window in the fan cooling tunnel. Drilled some holes in the top lexan for the XCM fans. Painted the case and had the faceplate custom made. (the front usb port is glued shut) never had any problems with it since. Also comes with a custom milled aluminium block stand. It's super sweet and one of a kind. The item "Xbox 360 custom fatty Star wars mellennuim Falcon" is in sale since Tuesday, December 3, 2019. This item is in the category "Video Games & Consoles\Video Game Consoles".