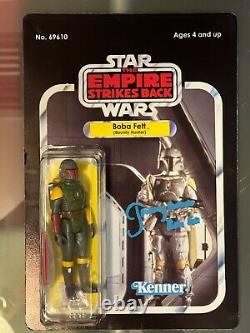 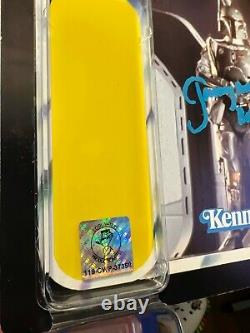 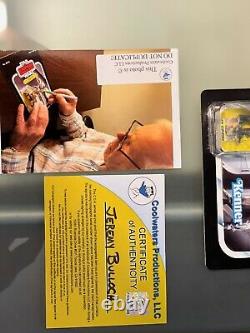 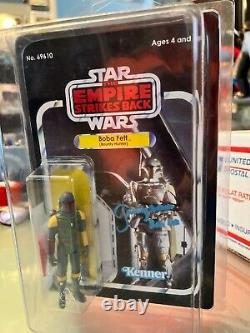 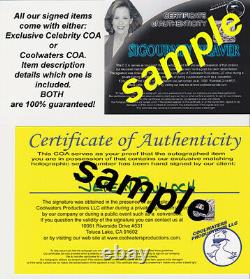 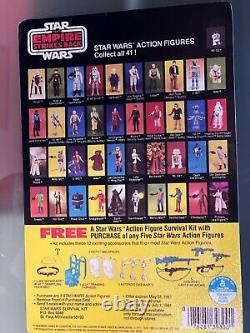 Coolwaters Productions LLC is an appearance management company in Hollywood, CA specializing in representing celebrities for appearances at fan conventions globally and providing authentic autographs from its clients. We only sell autographs from celebrities we represent and or do a private signing with. We do not obtain autographs for free from red carpet events or by chasing down the celebrity. Our signings are set up directly with the celebrity. Every autograph we offer comes with a certificate of authenticity. The specific certificate we offer will be described in the e-bay description herein.

Whenever possible we try to include a 4x6 photo of the celebrity taken during the signing. If a photo from the signing is available we will state it in the e-bay description. The item you will receive is the EXACT item shown here on e-bay. The signature is the exact one you will receive. All signatures are hand signed by the celebrity, these are NOT copies and these are NOT auto pens, these are 100% authentically signed signatures backed by our company's 25 year history!

Do not be fooled by other sellers or fakes, rest assured the signature you obtain from us comes directly from the celebrity stated here on e-bay. And, as we always tell our customers, the only "sure fire" way to know your signature is real is that YOU GET IT DIRECTLY yourself, but that is not always possible so Coolwaters is the next best thing! Celebrity: JEREMY BULLOCH signed during his LAST ever USA appearance!

Internationally via first class manila envelope. MORE DETAILS ABOUT THIS ITEM. ONCE THESE SELL OUT WE WILL HAVE NO MORE. THESE ARE THE LAST FROM OUR ARCHIVES! Actor JEREMY BULLOCH (may he rest in peace) hand signed this RARE custom made "ROCKET FIRING BOBA FETT" action figure from the "STAR WARS" trilogy.

The autograph is signed in a GREEN DECO paint pen. A little bit about the figure: NOTE this is not an original "first shot" figure but rather an extremely detailed EXACT replica of the "most sought after" figure of Boba Fett. These figures were custom made exclusively for Coolwaters to be made available for fans to get signed at (what would become to be) Mr.

Bulloch's last USA appearance. You would never know that this was a replica. Fully articulated the same way the original 1978 figures were. The figure is a fully working "rocket firing" toy with 2 versions of the rocket, one to match the original "add" for the toy and one to match the actual one used in the prototype. The paint scheme is that of the original design in the add for the figure (that was never released).

He also comes with his gun. The figure packaging "card" is an original design with an image used only for Coolwaters. The front features exact art of the ESB cards and the back features 41 back art with UPC code and all. The figure is attached to the card via a plastic bubble that OPENS so that you can remove the figure and place him on display (we recommend not playing with him as it a choking hazard for children under 3). A truly rare and unique piece of "Star Wars" history to add to your collection.

YES WE ARE INCLUDING A PHOTO OF MR. He signed these for us during his last US appearance 3 years ago in Knoxville, TN. At the Fanboy Expo convention.

We have many more signed items available here on e-bay, check it out! Any questions do let us know! This item is in the category "Collectibles\Science Fiction & Horror\Star Wars Collectibles\Collectible Action Figures". The seller is "coolwatersprods" and is located in this country: US.