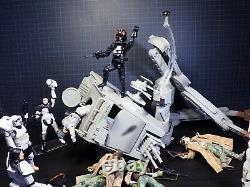 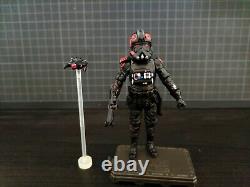 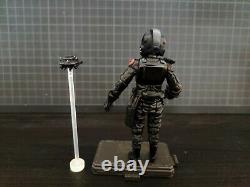 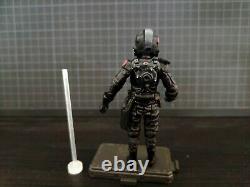 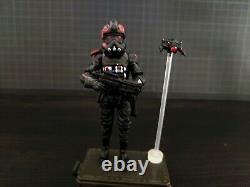 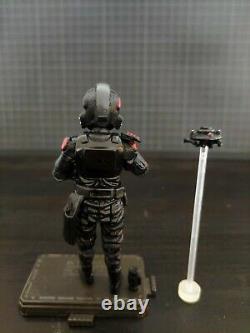 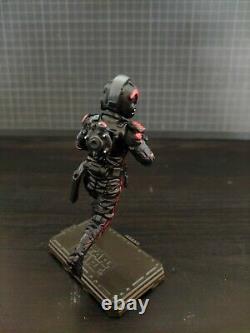 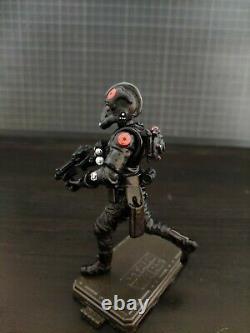 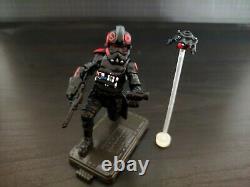 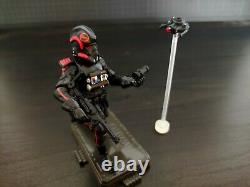 Up for sale is a custom-made. IDEN VERSIO INFERNO SQUAD COMMANDER. This figure is BRAND NEW. Figure is high quality custom-made, hand painted, sculped and sealed with varnish. An added ID10 seeker droid attaches to back armor, into a peg hole and even has dedicated transparent stand, shoulder pad (that you can glue it on permanently i didn't do that for articulation reason).

Version comes with probe droid, droid stand, blaster and thermal charge attachable to a belt. Iden Versio was a human. Who served in the military.

In the Imperial Starfighter Corps. Unit assembled by her father, Admiral. In response to the destruction. And successfully destroyed them, though Marana died. Inferno Squad would later go on to participate in and conduct special operations for the Empire in the Galactic Civil War. Participated in the Battle of Endor. Which saw the death of Emperor. And the destruction of the second Death Star. Resulting in the fracturing of the Empire with the lack of a line of succession and broken chain of command. In the immediate aftermath of the battle, the secret Contingency. Carried the final posthumous orders of the Emperor to select Imperial officers. Among them Admiral Versio: Operation: Cinder. Was to begin at once. However, when climate disruption arrays. As part of Operation: Cinder, Iden and Meeko both went rogue, escaping aboard the. And surrendering to the Rebel Alliance. Iden and Meeko both agreed to help the Rebellion combat Operation: Cinder at the Battle of Naboo. And ultimately decided to defect to the Rebellion and join the New Republic.

Retaining her rank of Commander of Inferno Squad. Iden fought against the Imperial remnants throughout the final year of the Galactic Civil War, making attempts to capture Hask and her father. Inferno fought at the Battle of Jakku.

Where Iden and Shriv Suurgav. Answered several distress calls and fought against Hask, who was shot down by Iden. She later attempted to save her father aboard the. Though made peace with Iden in his final moments.

Iden fled in an escape pod. Crash landing on Jakku and reuniting with Del and Shriv. Iden and Del went on to marry and have a daughter.

In the New Republic Era. However, thirty years after the Battle of Jakku, Del went missing, and Iden went in search of him. Perfect condition, full HD photo of item. Era: 2002-Now Type: Action Figure. Thay are hand painted sculpted with resin, sealed with matt varnish. Write to me if there are any CUSTOM characters you would like me to make. Perfect condition, full HD photos of item. The item "Star Wars Custom 3.75 Battlefront 2 Iden Versio Inferno Squad" is in sale since Monday, November 9, 2020.

This item is in the category "Toys & Hobbies\Action Figures\TV, Movie & Video Games". The seller is "lag_bestcustoms_swcollector" and is located in Warszawa, MAZOWIECKIE.